Special THANK YOU for your years of service: 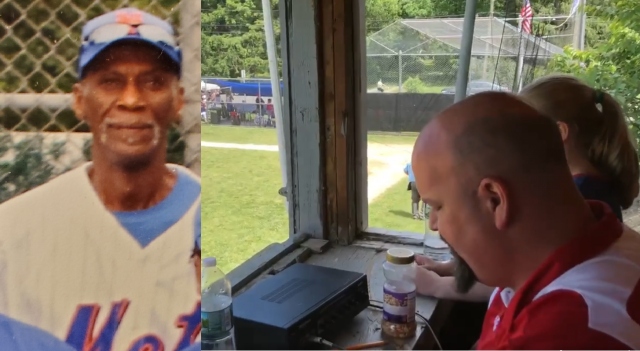 The Moriches Bay Little League Family would like to extend our gratitude to two individuals who have devoted much of their time to make our organization successful:

Henry Strain has been involved in the league for many years.  He has coached his children and continues to coach his grandchildren to this day.  He has always been a strong voice of positive encouragement for the players of the MBLL.  Over the years he has spent countless hours at practices, involved in making decisions at numerous coaches meetings, and has always been a strong supporter with helping run events like at our annual fundraiser.  He was the 2021 reciepient of The President’s Award which reads:

In recognition of his devotion to the Moriches Bay Little League Organization.

His love of the game and his commitment to the children.

Being a parent first, a coach, and most of all a big supporter

of the Moriches Bay Little League.

Matt Pomara has been the voice of the MBLL for years.  He has two children who have played through the MBLL and have gone on to High School but Matt continues to announce our special games that take place at our historic Veteran's Memorial Field on Beachfern Road.  He has volunteered his time to announce softball and baseball games including this year's Major League Championship Baseball Game and our All-Star home games.  Matt was the 2021 recipient of The Edward “Eddie” Erhardt Award which is our most prestigious award given to those who have gone above and beyond for the Moriches Bay Little League.  The award reads:

In recognition of his enthusiasm and dedication to the players

as well as the Moriches Bay Little League Organization.

Maintaining the integrity of the game

while keeping fair play a priority.

Thank you Henry and Matt for all you have done for our league and our community!